Home > Ozone & Us > The Ozone Secretariat 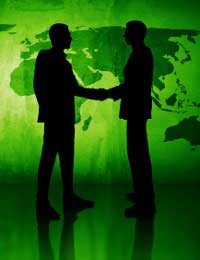 The Ozone Secretariat is part of the United Nations Environment Programme and produces reports on ozone depletion once every four years.

Based in Nairobi, Kenya its main duties and responsibilities include arranging conferences, setting up working groups and committees and ensuring that decisions made at meetings of the Montreal Protocol are implemented.

The secretariat also analyses data and information on the production and use of ozone depleting substances (ODSs)and provides information to governments and international organisations on protection of the ozone layer.

Members of the Environmental Effects Panel look at ozone layer depletion and include scientists in photobiology and photochemistry.

Every four years, the panel produces a new ozone assessment report and this is sent to scientific reviewers around the world.

The technology panel has a number of technical committees which cover:

In addition, temporary committees are formed as and when needed to cover other specialised areas of assessment.

A wide range of reports – including ozone assessments and details of minutes of meetings of a variety of committees – can be downloaded from the secretariat’s website.

The 2006 report confirmed that the Montreal Protocol is working and that ozone depleting substances in the atmosphere had decreased.

Research had shown that outside the polar regions, the drop in ozone levels seen from the 1980s to 1990s had not continued.

The report also concluded that the ozone depletion in the Arctic and Antarctic is partly driven by atmospheric circulation and is not solely due to manmade ozone depleting substances.

Figures in 2006 showed that levels of global ozone were still less than the 1970 levels but that levels should continue to increase slowly over the next few decades.

However, the Ozone Secretariat cannot yet say whether the final levels achieved will be more or less than those which existed before ozone depletion occurred. This is because the current chemical modelling available cannot accurately reproduce the natural variability of ozone and atmospheric conditions.

The secretariat’s report said that UV-B irradiance has increased since ozone depletion was first noted and the increase which took place between 1980 and 2000 was larger than you would expect naturally over the period.

It concluded that, contrary to earlier predictions, climate change can affect UV-B radiation (through changes in clouds and surface conditions) without any ozone involvement.

This has led to further uncertainty about future UV-B radiation at the planet’s surface because the rate of climate change is accelerating.

Temperature changes so far this century are predicted to be about five times greater than in the 20th Century.

This means that unless major action is taken to combat climate change, it could have profound effects on the level of solar UV radiation reaching the surface of the Earth.