Home > Global Impact > Fears About Plankton: The Basis of the Food Chain 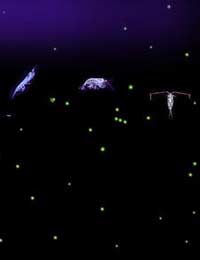 Few people have ever seen plankton because it’s virtually invisible to the human eye – but despite its tiny size, plankton plays a vital role in life on Earth.

Experts say that dead plankton, over a period of million of years, created our oil and gas reserves and it is also credited with the creation of Britain’s famous White Cliffs of Dover.

Plankton also absorbs carbon – and not in small amounts either. Scientists believe that it is responsible for absorption of billions of tons of carbon dioxide every year, accounting for almost half of the world’s total carbon.

However, plankton is damaged by UV-B radiation – the type of radiation that the ozone layer protects us from. So, if ozone depletion worsens, more UV-B rays will reach the surface of the planet and pose a threat to plankton.

There are two types of plankton in our oceans and both live in higher sunlit portion of water known as the euphotic zone.

Phytoplankton is plant-like and forms the basis of the marine life foodchain. For example, it is eaten by krill, a crustacean which resembles a shrimp.

Krill lives in oceans all over the world and is a major food source for many creatures such as penguins, seals, whales and sharks. It is also the only food source of some seabirds.

Without plankton, krill would not survive and that would have a devastating impact on many species, leaving them without one of their most vital sources of food.

Zooplankton is made up of animal life – some are larvae and grow to become small water creatures like tiny spider crabs and shrimps but a lot of it never develops beyond the plankton stage.

One type, known as the doliolid, has a primitive backbone and is one of the smallest creatures on the planet related to mankind.

The problem with ozone depletion is that it is a vicious circle. If our ozone layer thins and plankton is destroyed, a lot less carbon will be absorbed. That additional carbon will increase global warming, which in turn will cause further ozone depletion.

However, recent research suggests that plankton – unbelievable as it may seem – can actually create cloud cover for itself if it gets too hot.

According to NASA, scientists studying plankton off the coast of Bermuda found that in summer, when more UV-B rays reach the ocean, it puts stress on the plankton.

The plankton then tries to protect itself by creating a compound known as DMSP. This chemical is then broken down by the water, producing another chemical called DMS which is released into the air.

There, it reacts with oxygen and creates particles which are thought to produce the beginnings of clouds.

It is very hard to imagine that such tiny organisms can have a major effect on our planet or our climate, but recently researchers claimed that millions of years ago, massive increases in the amount of plankton were responsible for the largest cooling of the earth in history.