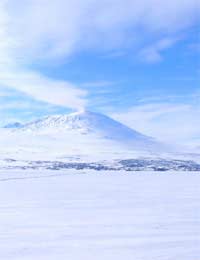 When the British Antarctic Survey dropped its global bombshell – that a ‘hole’ had developed in the ozone layer – it produced confusion in many quarters.

After all, Mario Molina and Sherwood Rowland had established almost a decade earlier that manmade CFCs were primarily to blame for major ozone depletion in the stratosphere.

One of The Least Populated Regions on the Planet

So, it seemed strange that a hole should develop in one of the least populated places on earth – one that has no permanent residents and is unlikely to have seen even minimal use of CFCs.

Naturally, most people expected that if our chemicals were responsible for the ozone hole, it would be located over a major industrialised country such as the United States

The answer for this anomaly lies in the earth’s complicated geographical make-up, wind system and the longevity of CFCs.

CFCs are non-reactive which means they don’t react with other elements in the troposphere and break up, as happens with many other substances. CFCs have a lifetime of several decades, during which they rise to the stratosphere.

It is only then that they are subjected to the ultra violet radiation that causes them to break apart. In the years between, they are carried around the globe.

Antarctica Temperatures are a Critical Factor

The second factor involved is the rare weather in the Antarctic. The region is the coldest place on earth – with temperatures which can be lower than those on Mars.

It is so cold that the snow never melts – the ice covering most of Antarctica is thought to have formed around 25 million years ago – and this continual and extreme cold is responsible for the formation of PSCs (polar stratospheric clouds).

The PSCs form during the polar night – months during which no sunlight reaches the Antarctic. Research is still going on into the exact composition of the clouds, but they are completely different to our “normal” clouds.

In extreme weather, ice-water droplets containing dissolved nitric acid start to form and when the sun returns to the South Pole, there is a reaction which destroys ozone.

Ozone Hole Was There Earlier

Although the ozone hole was first discovered in 1985, experts believe that it first appeared in the 1970s. They say it went undetected for a number of years because the measuring equipment in use by satellites at the time was programmed to ignore such low measurements as “bad readings.”

The Arctic, to a much lesser degree, can also experience polar stratospheric clouds and there have been occasional, much smaller, ozone holes at the North Pole.

PSCs form only at temperatures of less than -78 degrees Celsius and although Arctic temperatures can drop to -80 degrees over a period of one to two months, temperatures in Antarctica are below -78 degrees for around five to six months of the year, making the formation of PSCs much more likely.

During the Antarctic winter, there is also much less movement of air but when spring arrives and the temperatures begin to increase, the transport of air also increases.

Ozone-rich air then finds its way back to Antarctica, closing the ozone “hole” and moving the ozone-depleted air on to other areas.