Home > About The Ozone > How Is Ozone Measured?

How Is Ozone Measured? 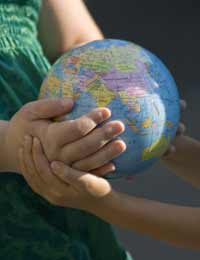 Ozone is good or bad depending on where it is. We regard the ozone in our higher atmosphere (known as the stratosphere) as good because it protects us from the sun’s radiation.

However, the ozone at ground level is judged to be bad. It is a form of pollution that can affect our health and is a major ingredient in city smog.

The Work Of Dobson

Ozone in the atmosphere is measured in Dobson units, named after the British scientist, Gordon Dobson, who spent most of his working life studying atmospheric ozone.

Dobson, who lectured in meteorology at Oxford University, carried out studies into meteor trails with a colleague and their work was very important in the early understanding of the stratosphere.

Dobson worked out that the temperature was higher in the stratosphere because of the way in which ozone absorbed ultraviolet radiation from the sun, and he looked for a way in which he could measure it.

Following earlier work by French physicists Charles Fabry and Henri Buisson, who discovered the ozone layer in 1913, Dobson decided to attempt to measure ozone by observing how it was absorbed into the solar spectrum.

His first instrument for measuring ozone used a Fabry prism, which was made up of a wedge of gelatine and carbon black sandwiched between quartz plates, together with a filter which would cut out unwanted solar radiation.

He made a special tank to make sure that the photographic plates were developed consistently, and built a photoelectric instrument with a potassium photocell.

The Dobson spectrometer became the standard instrument for measuring ozone and a more modern version of it is still in use today. It measures the intensity of solar UV radiation at four different wavelengths, two of which are absorbed by ozone.

His procedure for measuring ozone imagines it as a layer, but in reality there is no “layer” and it’s better to think of it as being so many parts per million in the atmosphere.

Globally, the average amount of ozone in the stratosphere is around 300 Dobson Units (which is only 3mm at 0 degrees Celsius and 1 atmospheric pressure). However, the levels do vary at different latitudes.

Dobson, who was born in 1889, first began observing ozone in the 1920s and his work continued, albeit with a few gaps, until not long before his death in 1976.

And although he died 35 years ago, his work is still regarded as some of the best research yet undertaken into ozone, our atmosphere and the stratosphere.

In the 1950s, Dobson helped to establish a network of ground-based ozone stations, and today there are around 100 sites around the world where ozone is routinely measured using Dobson instruments. Ozone is also measured from high altitude balloons and satellites.

For many years, NASA used a total ozone mapping spectrometer (TOMS) aboard satellites to measure ozone. For example, Nimbus 7, as it orbited the earth for many years, provided daily figures for ozone around much of the globe.

Measurements were gathered in this way between the late 1970s until the early 1990s, but a replacement instrument launched in 1991 aboard a Russian spacecraft failed after three years. Many organisations continue to monitor ozone include NASA and a variety of environmental bodies around the world. This is how we know the current level of ozone depletion.