Home > Global Impact > What Will Happen to Life on Earth if Ozone Depletion Continues?

What Will Happen to Life on Earth if Ozone Depletion Continues? 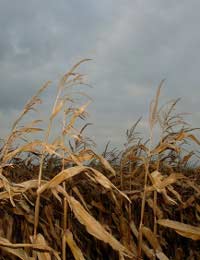 Most scientists are agreed that without the earth’s ozone layer, we would all cease to exist.

That’s one of the main reasons that global ozone levels are now constantly monitored and worldwide research is taking place into ozone depletion.

Land and Water Life Would Suffer

Without the ozone layer’s protection from the sun, people, animals and plant life would be destroyed. Even underwater life would not be safe since UV rays can penetrate clear water to a certain depth before being absorbed.

Of course, the actual effect on mankind of less ozone depends on the extent to which it is depleted. Experts believe that for every 1% drop in ozone protection, there is an increase of around 2% in UV-B rays which get through to the planet’s surface.

However, research carried out for the United Nations Environmental Programme showed that ozone levels had not fallen further between 2002 and 2005, thanks to initiatives such as the Montreal Protocol.

One of the greatest problems with ozone is that we need the “right” amount to maintain life as we know it today. Too little and life on earth could be wiped out – but too much and we won’t receive the amount of sunlight that we need. (Some scientists are now concerned that global warming will lead to much higher levels of ozone which could block out too much sun).

It is widely known that rates of skin cancer are linked to UV-B exposure – which is one of the reasons that it’s so important to use suncream and to make sure that children are protected from the sun. (Latest research suggests that you are more at risk from just two or three instances of extreme sunburn than from prolonged but limited exposure such as sunbathing.)

However, increased exposure to the sun’s radiation can also cause blindness and cataracts and, alarmingly, some experts now believe that the amount of protection we receive from vaccinations (for diseases such as measles) could be reduced in people exposed to higher levels of UV-B rays.

Depending on the level of exposure to the sun, effects can range from premature ageing to certain kinds of skin cancer. Over the past decade there has been a large increase in the number of people developing skin cancer but this could be attributed to the rise in the popularity of sunbathing over the past quarter-of-a-century rather than simply to reduced ozone levels.

Many biological systems are damaged by exposure to UV-B and research has shown that its effects are proportional to the time and intensity of exposure and of course, small and delicate organisms are much more vulnerable to damage than larger species, such as humans.

Exposure to higher levels of UV-B can stunt the growth and photosynthesis of a variety of crops such as maize, rye and sunflowers and can also affect the reproductive capacity of aquatic life. Many are already under UV-B stress, and if their exposure is further increased then we could see disruption of some food chains.